$6.2 Million Dollars per animal over pass with more than 2 dozen animal overpasses planned: “For decades, animals have had to contend with heavy traffic on I-90 that has squashed plenty of creatures and cleaved entire populations in two.”

$60 Million Dollars per mile: “The project is one of more than two dozen wildlife crossings planned or completed as WSDOT manages a more than $900 million overhaul of a 15-mile stretch of highway between Hyak and Easton.” 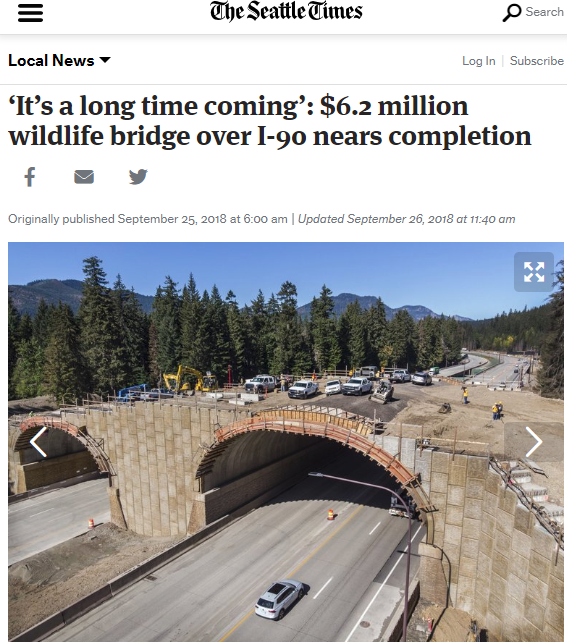 This site was originally created to inform people about the Roslyn & Cle Elum area as well as driving on I-90 Snoqualmie Pass and other roads in the Roslyn/Cle Elum area. It has started to grow to include general Cle Elum/Roslyn/Ronald/Easton and Kittitas County information. Who knows what it will become? 😉

Escort Radar
Buy Direct
and SAVE $$